Video of this Episode

On the Road?
Listen to AUDIO ONLY
version of the Podcast

Follow the Process Chiller Pro podcast on these platforms. 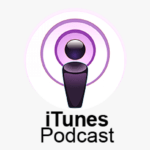 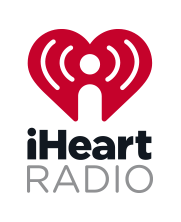 Listening on your phone or mobile device? These great podcast platforms may require apps to be installed to access the podcast on your mobile devices.

Get an email alert when new episodes are posted.

In this episode, I will first share a real-life situation when I had a process fluid flow problem on a multi-million dollar MRI system I was doing a startup on. I figured out the problem by performing a field process chiller run-out test, really saving the day for my customer and myself.

Knowing how to perform a process chiller system pump run-out test can save you a LOT of time in ruling out the chillers system pump as the cause of the issue.

Without knowing how to perform a pump run-out test, you may have to tear down the pump and perform a visual inspection.

To access this episode in both video and audio-only versions, click on the link provided below to jump over to this episode’s page on the Process Chiller Academy website.

Important note: The topic I will cover in this episode of the Process Chiller Pro podcast falls under the “Technical excellence” or foundational component of my skilled trade’s success pyramid.

If you want to get more information on my skilled trades career success pyramid, pop into the Process Chiller Academy site, resource page, link below.

13:04
This episode is brought to you by GMD chillers. If you find yourself in need of a process chiller, check out GND at GE D chillers.com. Or better yet, give Andy or Paul a call over there. 805 50973 ne and Paul are my go to guys over at GND whenever I get approached by resellers and users even OEMs looking for a quality chiller to be designed and built for him. So check them out. If you do call them make sure you use promo code chiller pro so they know how you find out about them. Jean de chiller I love their tagline it goes big enough to produce and small enough to care and that’s definitely the truth out there for sure. So again, called G and D chillers, ask for Andy or Paul 800-555-0973 or check them out online at GD chillers.com.

14:04
So what you’re looking at here is the actual pump curve for the pump in question. What we have is a 10 horsepower seven inch impeller. And it’s represented on the curve as C as in Charlie. Now, before I get into this, these curves, every manufacturer produces a curve. So it doesn’t matter if it’s a manufactured pump, at least in the US here. You will have a pump curve available for it. So if you don’t In other words, if you’re on a startup and you go through the envelope there usually there’s some type of a startup document the manufacturer ships with the chiller there should be a pump curve in there if there’s not. What you’re going to have to do is go online and you want to get the the nomenclature off the pump and you’ll have to do a little bit of sleep thing to find out where that curve is because you cannot do a run out test without the pump curve. If you look at this curve, there’s a lot of complicated stuff. And I could actually spend an hour going over all the different nuances of this particular pump curve. But I’m only going to point out the stuff that we have to pay attention to right now. So all pump curves are going to be very similar to this. There’s a lot of manufacturers that try to make this even more complicated looking, believe it or not, but they’re going to have all these basic components on it. So on the left hand side, there’s going to be a scale range here. Now, this particular one, this is a bit this is cool, two pumps, and this is you know, they sell pumps all over the planet. So they’re giving you both in us as well as metric. What I care about here is the feet, okay, feet is a unit of pressure. And again, I can get a new long diatribe what that means, but it’ll be referred to as feet, feet of head or head feet, that’s on this left hand column here. Alright, this particular pump goes zero to 275 feet. And then on the bottom here, we’ll have flow, right, so you’ll have zero to 250 to 75 gallons per minute. Again, they’re also giving you in metric, but that doesn’t matter to me right now. Now, what I’ve done here is I’ve identified my design flow rate for this particular pump is in red here. But I don’t really care about that what I care about for the run out test is zero flow. Now, one of the things just a sort of a side note here, this addresses questions that I get about pumps all the time, pumps will as you increase the flow rate, you’ll notice that the curve slants downward, right, so all pumps, centrifugal pumps anyway, as you increase the flow rate, the pressure that that pump can generate will also will drop, lower flow rate, the pressure, it goes up. So that’s just how it works. And the other thing that I get questions about from time to time is amp draw. So on a centrifugal pump, your lowest amp draw that you will see is at zero flow rate. I’ve gotten into arguments with technicians about this, your your amtrol will always follow your flow rate. So the higher your flow rate, the higher amp draw, the lower the flow rate, the lower the amp draw. In another episode, I’m going to be going over how to how to get a pump to behave correctly, especially on a startup. It’s over ramping, so we’re gonna address that in another video. But that’s just sort of a side note, you might want to know what I care about, as I said is what the C pump can do at zero flow rate. So fortunately, this pump ends up right at about 200 feet. Okay, now I mentioned earlier, those gauges that we installed, are in pounds per square inch psi, right, so you got to get yourself a calculator. Or if you’re high tech, you probably have one of these on your on your smartphone. But what you have to do is in order to convert your feet or head feet to psi, you have to divide by 2.31. That is the value you’re going to use for water. That’s there’s other there’s other formulas, but we’re just going to plan on water today. All right, so 200 feet divided by 2.31 comes to 86.58. So we’ll just call this 86 pounds just because it’s not going to be an exact reading. So let’s just say 86 pounds is what our

24:50
keep the conversation going. I’m on LinkedIn. And you can also put comments on in one of the social posts if you want to pop that back over. If you do go over the social post. So where you see these episodes announced, make sure you click like it helps out a lot. Alright guys, have a great day. Thanks again for stopping in